Three children and a dungeon...

As Jeff righteously noticed, this is time for some news about what has been done last month. ;)

I'm still in the process of mapping and scripting the dungeon, added 4 new maps, and scripted the first one to something like 80%-90%.

Fortunately, the core of the effort has been done, as all the dungeon enemies left to add are now in the box. Many props were added, and lifing has been done to the battle background, the location image, and the maps themselves to make the dungeon start something looking suitable before moving on.

I can't spoil it that much but it's coming along :) 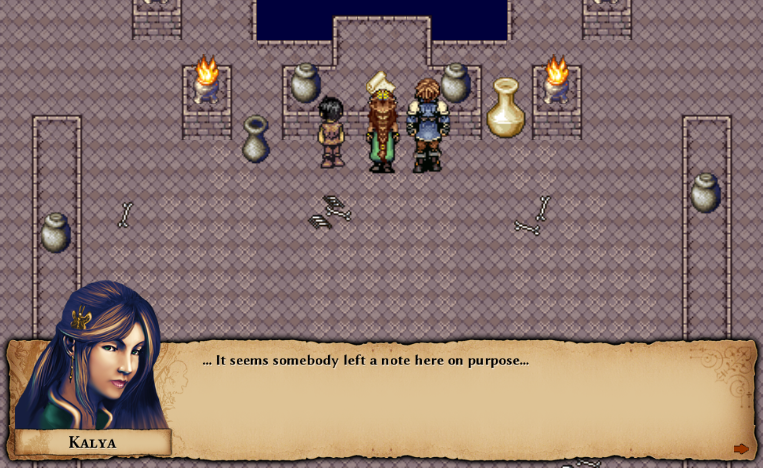 As maps are the main point of focus at the moment, I felt more and more convinced to improve the Map Editor and added the map resizing support to it, a very missing feature. ;)
I also made sure to decrease even more the editor dependencies and rebuilt a new Windows binary.
(For those willing to try it, see the downloads section) 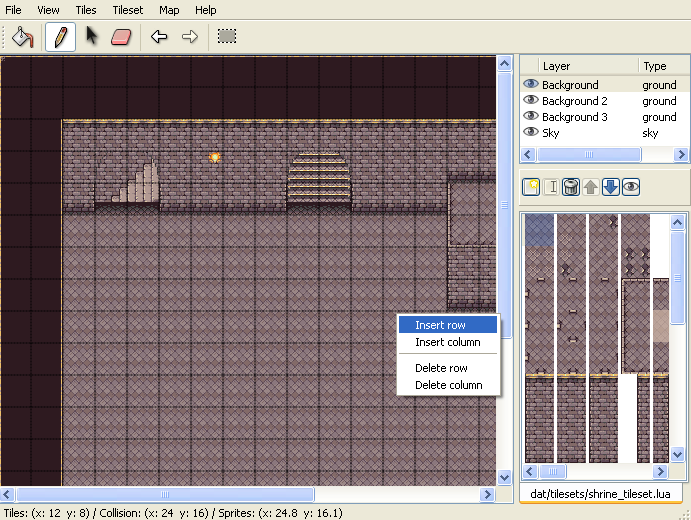 I also kept working on the last key feature of the Episode I: Active status effects are now stored in the global characters data (but not saved yet), and can now be displayed in the menu mode.
This feature is still disabled for now, as I still need to add support for status effects updates and display on the map mode before unleashing the beast.
To celebrate this, new items will then appear to fill your inventory. ;)

I also fixed a long-standing glitch in character battle actions display. Sometimes, the battle skills chosen and their targets where overlapping in the battle command bar. It is now fixed, and while on it, I added support to display the currently selected skill icon to help hinting what is going on.
I also simplified a bit how the battle action texts are created and displayed.

Some English sentences were checked for correctness some time ago, and I thank mmstick, astralchaos, and ibara for the effort done on it.
Hopefully, this kind of effort will keep on, and the original text will be reviewed for correctness from time to time. :)