First of all, I wish you all to get the time needed to relax and rest a bit before entering the second half of this year. :)

Having a break is necessary sometimes, and so I did for a few enjoyable days, hence the lack of news here!
But that doesn't mean development on Valyria Tear has ceased! Quite the reverse in fact... ;)

The characters stats and status effect systems have been greatly simplified and lifted (Almost completely been rewritten in fact), to bring full passive (read: from equipment) and active (read: from spells and hits) effects support in battles!
As a result, elemental status effects, poison and regen support is now fully working in battles!

This is leading me to introduce the elements that will be existing in Valyria Tear :
Fire, Water, Air, Earth, Life, Death, and Neutral. (Neutral being the strongest one.)

All that, along with trading support made, and spirit support started on equipment, will permit to improve the heroes' equipment and/or learn new skills through it, or thanks to spirits!

Some of you may have already seen that some ore is collectable, by the way. ;) 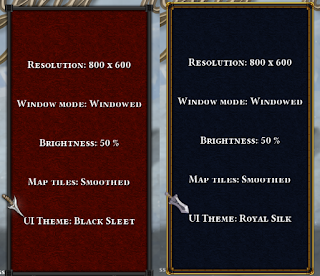 Authenticate also added UI Theme change support in the boot option menu. Making the former Allacrostian theme available to those who fancy it. :)
This is also exciting as more themes could be added later, making the overall game a more personal experience...

Some work was done on minimaps, first to make them use less memory when being created procedurally, but also to fix some little glitches and add custom minimap support! I still need to add the missing ones but here is an example between the procedural way (on the left), and a custom one (on the right): 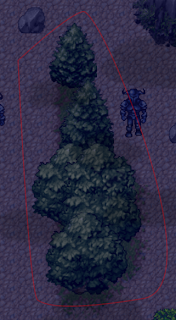 The bad fellows that were striving to catch you in the dungeon maps just got smarter! Enemies will now use pathfinding to wander but also to chase after your hero. Also, as I fancied it, I added waypoint support, meaning that certain enemies will patrol on certain map points.

The two first maps of the Mt. Elbrus are as of now technically finished, with some eye candy missing. This makes the count of missing maps before the next intermediate release to 4 or 5 depending on how things will turn out.

Will your heroes escape from the dark soldiers? Time will tell... ;)

As an ending note, I'll say that this project has reached something like 300% of the features I thought I would add before the Episode I Release, and the work done is far from being mine only.

Thanks a lot to Ikarus, codergreen, authenticate, endoalir, logzero, NaN and BioHazardX for their help in bug fixing and work on the uneasy technical stuff, just as adding support for MSVC2012 compilation, or precompiled headers support (helping with the compilation time.)

A lot of work is still awaiting, but we're very close from another release now.

Posted by Bertram at 1:13 AM No comments: