In the middle ... of the second dungeon!

We're now in March, so what about a little summary of what has been done? ;)

- Story
- Scripted several new events and redid a map. The overall dungeon is 40% done.
- You'll now be able to do your very first trades! ;) 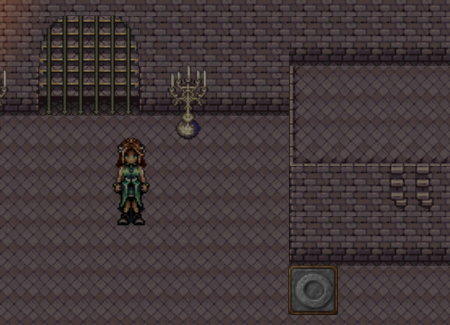 - Save point in the Layna village

First of all, after month of pressure (lol), I reached the point to my TODO-list where I had to deal with the problem people often had when starting the game.

One can't save the game as soon as they should be able to, and while it was a fun thing to put on in the early dev times for ancient reasons, I've now "fixed" that, by adding a save point right at the start of the game, changing a bit (and for the better) other dialogues in the way.
What's left about the save point problem, is the addition of a quick-save option that I'll add when at Episode II.
Note that I'll never permit to save anywhere, due to the possible ever-changing form of the map data, and to prevent you all to be stuck because of an ill-formed save game. I know the frustration I can cause and I won't allow that. ;) 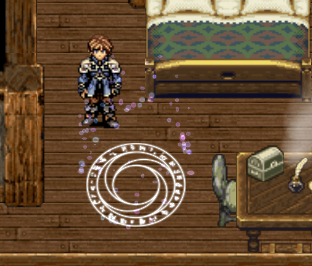 - Active status effects full support!
Now, I must say half of this month has putting me busy with polishing again, and again the handling of active status effects (eg: such as poison from wounds) in the map mode, and their interactions between the menu and the battles.
I considered this overwhelming task now done! with the following new features ready in-game: 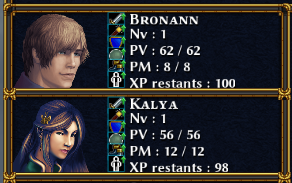 - Support to display active status effect in the menu mode

- Support to fully display status effects changes, heal and damage, in the map mode. This means status wounds you had in battles will follow you in the map mode and vice versa.

- Made character's agility slightly decreased for a few seconds in battles, when their map stamina is low.
This means your characters will be slower at battles beginning when the map stamina bar is in the red part. This may be give a bit more spice to it all. ;)

Thanks to new status effect support, status items can now be used on the menu as well, such as Elixirs, ...

I also started adding new items such a heal potions, and cure poison, but other ones are pending, eh eh.

Certain status skills now work in the menu as well, such as 'Shield'.


- Battles:
As for battles, I rewrote the battle item list handling to make it simpler and prevent the case where you can't select an item sometimes.

While on it, I added support to hint you about the skills/items description while in battle when pushing the menu key (S). 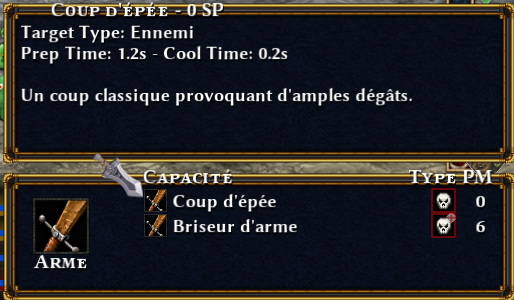 - i18n:
Galician, Italian Translation updates and some english text review happened thanks to Gallaecio and BioHazardX. :)

- Misc:
- Lot of bugfixes, such as preventing crash when using an ill-formed skill and fixes of many other glitches.
- Moved the art sources, useless to run the game, in another repository.

Stay tuned!
Posted by Bertram at 6:39 AM No comments: